“No Matter What” Love 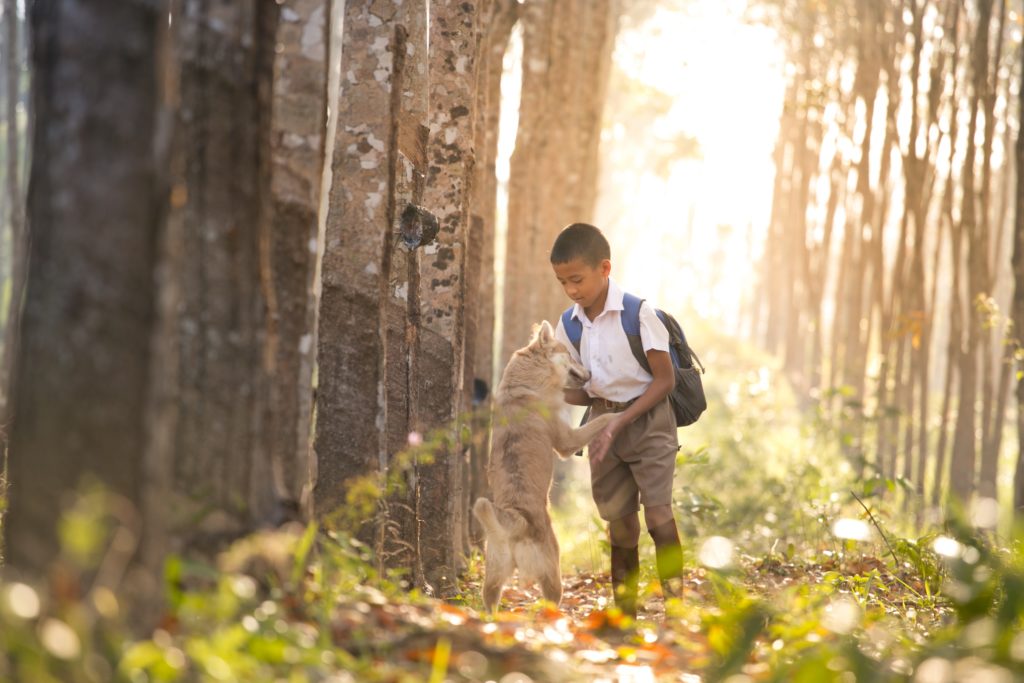 Dogs are the best.  We leave Dogs for 8-10 hours during the day, return home, dump a scoop of dried horse meat in their bowl and they treat us like we are the best living creature to ever exist on the planet Earth.  It’s really great to have someone believe this about you.  Dogs personify unconditional love.  I like to refer to this kind of love as “no matter what” love.  There is nothing in the world like having someone love you no matter what.

Diego Fuller entered foster care in elementary school and went to live with his grandmother.  At age 14, he came home one day to find that his bags had been packed for him.  His grandmother told him she couldn’t handle him anymore and dropped him off at the CPS office.  He went on to live in three different shelters before his case worker informed him that his biological brother had been placed with Aaron and Mary Blake, a pastor in Brownwood, Texas.  The Blakes invited Diego to come stay with them and be with his brother.

When Diego was dropped off at the house, he was greeted at the door by Bishop Blake, “I just want you to know, when you come in here, I’m going to love you like my own son.”  Inside Bishop Blake went on to explain that Diego was being engrafted into the family (the Blakes had 6 biological children that were grown and then ended up with a total of 6 teenage boys from foster care).  He told Diego this meant that everything that belonged to the family, belonged to him

Diego will be the first to admit he and the other boys took advantage of that promise.  They pushed the limits in a number of ways.  But most would agree that the straw that would presumably break the camel’s back would come when the boys accidentally burned down the house.

Yes, you read that right.  They burned the house down.  It was an accident, but nonetheless, the house was gone.

The night the house burned down, Bishop Blake told the boys to go hang out at the church nearby until he could come get them.   While there, they had plenty of time to discuss their fate.  These boys were veterans of the system.  Some had been moved to different placements for eating the wrong food out of the fridge.  There was no question in any of their minds that they would be moved and seperated.  But when Bishop Blake came by the church to pick them up, the only thing he mentioned was that they needed to head over to WalMart (the only place open in the middle of the night) to get clothes for school the next day.

The next morning, the boys headed off to school.  They really didn’t want to go because they didn’t want to be embarrassed in front of their friends when their case workers came to pick them up to take them to other placements.  But the caseworkers never came.  At the end of the day, after football practice, the boys lingered in the weight room not wanting to leave knowing that case workers would be waiting for them.  Finally, the coach told them it was time to go.

During the day, the Blakes had located another place for the family to stay and at the end of the day they showed the boys where they would all be staying.  Together . . . as a family.  Bishop Blake sat them down and reminded them that they were grafted into the family and nothing they could do would separate them from his love.  Not even burning down the house.

Diego had his own definition of love up to that point:

Keep in mind, anybody that ever said that they love me I always thought that was the enemy because… Love to me was neglect, it was abuse, it was being molested, it was being neglected… That’s what love was. If anybody ever said, ‘Diego, I love you,’ I thought of you as the enemy to me because that’s what I have always seen… When he said, “I love you,’ we thought, “… Everybody says that.”

But after that day, Diego knew that this was a kind of love they had never seen before:

Unconditional love changes things.  It changes people.  There is nothing that will set your heart as free as knowing that you are loved no matter what.

NOTE:  Diego Fuller is a Christian rap artist, national speaker, and co-host of the Foster Movement Podcast, featuring former foster youth and national foster care advocates.  An extended version of Diego’s story is featured in episode 7 of the podcast. It’s available for download from iTunes, Google Play, Stitcher and Overcast and at fostermovementpodcast.org.