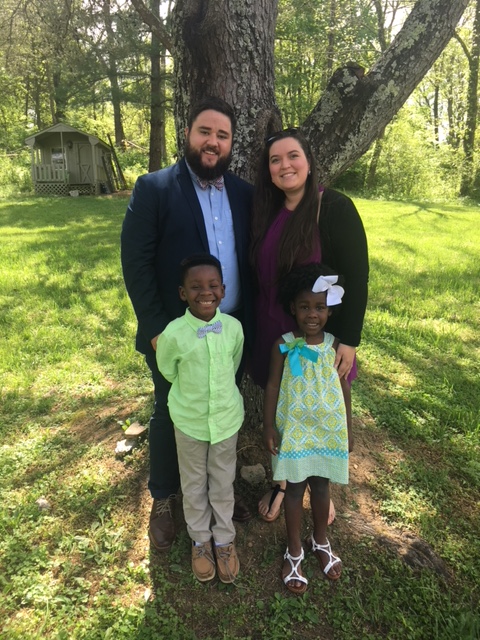 It’s not every day I get to witness two happy endings come together in such a beautiful way, but this was one of those days.

In November 2017, we had a foster parent appreciation dinner on the Bartlett campus, and two of the children there were Shayla and Selena.   Shayla and Selena had not seen each other in almost a year when they reunited for the dinner.  They had lived together in a cottage on the Bartlett campus and had fought and loved like sisters.  As soon as Shayla saw Selena she pulled her foster mom, Audrey, over and said, “this is my mom, isn’t she pretty?”

Selena ran over to her foster mom, Becky, and yelled back “this is my mom, her name starts with a B.. guess what it is!’ “With no pause at all Selena said, “It’s Becky.”

Later the girls were laughing and playing and Shayla leaned over to Selena and whispered, “Do you have a dad, too?” Selena replied, “Yes, his name is Ted.”  Shayla smiled as wide as a mile and said “That is good!”  It may seem like a little thing—a short conversation—nothing earth shattering to most people.

But to me it meant the world.

When I first came to the campus as a foster care worker in January of 2016, I met both of these girls and was introduced to their house parents and residential social workers.  During the first few months, we got together as a team to talk about a plan for moving these sweet girls from residential care to a foster home.  Things were difficult for the girls because of their young age and their behavior. We knew they needed families of their own.  Shayla and her brother moved first but were returned to residential care after just a couple of months by their foster family.  It was a devastating blow for the entire team; however, as usual, God was working behind the scenes on a perfect plan.

While this was happening, I was teaching a PATH (Parents as Tender Healers) class at Bellevue Baptist Church and met two amazing couples, the Fraziers and the McFanns.  I felt like I had found the perfect family for Shayla and her brother Marcus, and Selena.

The Fraziers were the first to complete their home study and during the entire process we were all praying about placing Shayla and Marcus.  The McFanns finished shortly afterwards and also began praying about Selena moving to their home.  Both families started with weekend visits. It was clear God was moving in a mighty way for both of these girls.  The story is far longer and more complicated than it sounds,  but Selena was adopted on November 18: National Adoption Day! Shayla and Marcus are right behind.

This is what TBCH is all about: working as a team in the lives of kids to be a piece of God’s excellent plan!

The Ranch at Millington

Psalm 127:3-5 Children are a heritage from the LORD, Offspring a reward from him. Like arrows in the hands of a warrior Are children born in one’s youth. Blessed is the man Whose quiver is full of them. They will not be put to shame When they contend with their opponents in court. The Lord…

There is an old saying, “many hands make light work.” One simple idea proved the wisdom of this saying recently in a special way for the houseparents at the Brentwood campus. As is the case in this ministry, sometimes there is more work to do than there are hands to do it, and so it…

Some people think the younger generation is lazy, but you certainly couldn’t say that about Cat, one of our residents in Brentwood. “I can not wait to get a job,” she says. Cat has been with TBCH for almost five years, four of which were on our Memphis campus. Since streamlining our West Tennessee campuses,…

After almost 3 years in foster care, Chase* was ready to be reunited with his mom and to be able to go home and live with her. At the beginning of those 3 years, both Chase and his mom had some major issues that made it unsafe for them to be together. Chase was diagnosed…