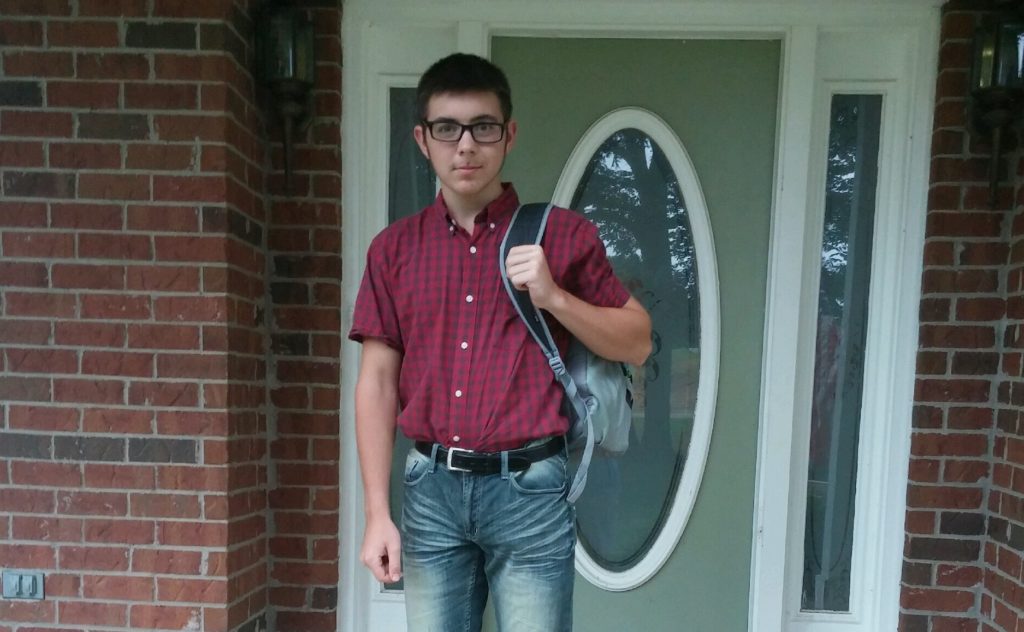 After almost 3 years in foster care, Chase* was ready to be reunited with his mom and to be able to go home and live with her. At the beginning of those 3 years, both Chase and his mom had some major issues that made it unsafe for them to be together. Chase was diagnosed with Autism Spectrum Disorder and, as a result, he had a hard time expressing himself and his anger, which resulted in both verbal and physical outburst.

His mom had to overcome a lot of challenges in her life and did not possess the parenting skills to be able to effectively deal with Chase and his behaviors. It was a long journey in foster care but, throughout the entire experience, Chase received services that enabled him to develop the skills he needed to function more effectively. Chase spent 6 months in an inpatient facility and, when he returned to his foster home, his new demeanor was almost unrecognizable.

During this time, he was able to understand that his experiences in the past did not define him and that he wanted to work with his mom to improve their relationship and was hopeful that they would be a more successful family in the future. Chase learned how to express his anger using his words and learned the things that originally caused that anger so he could try to avoid them in the future.

When he first entered foster care, Chase did not have many social skills and did not enjoy being around people or having conversations with them. After being discharged from his inpatient facility, Chase was able to hold a conversation with others and even joined the bowling team at his school! He had amazing foster parents that advocated for him in school and helped him to reach his fullest potential. He was thriving in his foster home, but he always had the desire to be back at home with his mom. Through family counseling, Chase and his mom were able to work through some of their issues in the past and developed a stronger bond because of these experiences.

At court when the judge granted permission for Chase to begin a trial home visit with his mom, I have never seen him as happy as he was in that moment. Chase did not enjoy physical affection but he ran up and hugged his mom and would not let go. We do not often get to see successful reunification with parents, but this was an honor to see all the work that Chase and his mom had put in to making their family function more effectively.

On the day that Chase was to return home to his mom, I got to witness him verbalize how thankful he was to his foster parents for all they had done for him and how he really enjoyed being in their home. 3 years ago, those words would have never come out of his mouth and that really showed how much progress he made during his time in foster care.

Since then, Chase has returned home to live with his mom, has a job, opened a bank account, finished his sophomore year of high school, and he and his mom are both doing very well and continuing to work on their relationship. God placed his protection on this entire case and will continue to do so moving forward and I am thankful I got to be a small part of His plan in working with this family.

*name has been changed